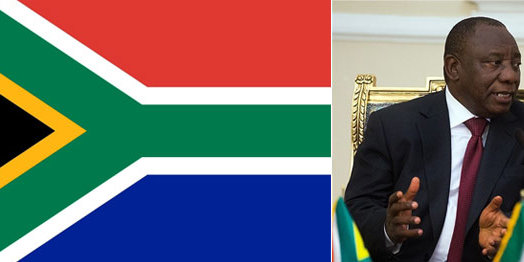 Firstly, I must send thoughts and prayers to those who have lost loved ones and livelihoods in the wake of the recent protests.

I am not writing this as an expert, but rather as a committed optimist. For the story of humanity, is a story of optimism…

While writing this, I am listening to Bright Blue’s song Weeping, which was written at the time of Sharpeville and the lyrics are resonating louder than ever “…it wasn’t roaring, it was weeping.”

Ladies and gentlemen, I beg you to think again of where we have come from? How we, as South Africans, averted a (justified) civil war after dehumanising non-whites for decades, and of how Jacob Zuma almost took us back to the edge, and how our new president and his allies have taken numerous impressive steps to drag our nation back from the edge of the cliff.

Thus far, Ramaphosa and his allies have:

To live well in South Africa requires real perspective. By “living well” I mean living with purpose and passion. Living with faith and understanding. Living without long term anxiety. To be able to move forward and to build a future for ourselves, our families, and the broader community.

No doubt, South Africa is a risky country, but from risk and the desire to survive and thrive comes incredible creativity and innovation. South Africans have averted civil war, made incredible plans through water shortages, energy shortages, and the list goes on. Charity and entrepreneurship abound, with the full awareness that every Rand feeds more than just the hand it reaches.

As far as the current and extremely sad protests are concerned; while totally unacceptable, such tragedies are not unique to SA. In fact, I even have a memory of watching US citizens looting in the Trump years and let us not forget about the Senate invasion.

While watching the news unfold and wondering to myself when will the army start using water cannons or anything to show their might, I am also intrigued by the army and police force’s steady and calm approach. The approach to non-violence is so interesting… While for many, the initial reaction may be violence, we must stop to consider what would be the real implications of severely harming the protestors? Have they not harmed themselves enough? Here comes food shortages, job losses and greater degradation. Is it not possible, that these protestors may wonder who the real enemy may be?

For now, the best thing we can do, is only worry about the things we can control. Do our best to stay positive, and remember to understand where this moment fits into the grand scheme, locally and globally. Sometimes optimism is hard to relate to and the ideas or feelings that flow from it seem impossible to grasp…but, always, optimism is the only energy that will work and move us all toward a better world.

Having started his Career at Liberty, Stuart went independent in 2007 and opened his own practice. Apart from ample industry experience, he brings a uniquely personal touch to client interactions and is particularly adept at behavioural issues and the psychology of investing.

The Impact of REIT structures on Listed Property Investing
March 30, 2021

GameStop, democratic investing and being caught by the mob
February 25, 2021
Go to Top